ANSWER: It's in what you don't see and what some contractors won't tell you.

1. All Posts are set in "High Strength" concrete. ​Believe it or not, some fence builders set posts in gravel...or simply push the dirt back into the hole.

2. All Frames (the 2-3 rows of horizontal 2x4) are secured to the posts using 3'" long "Lifetime Warrantee" galvanized and painted screws. This takes almost 4 times the labor, and the screws cost 5 times the nails that others use, but it is where most fences fall apart in the future and is worth the time and cost. Most of the fence repair / replace projects I am called to, the most common cause of the fence falling apart is because the installer simply used the same 2" nails for shooting pickets to build the frames as well. This results in only 1/2" of securing....go figure???

3. All Pickets are secured with either 2" galvanized "ring shanked" nails (they never come out), or 2" galvanized staples (looks better on the inside and also hold forever). ​Because most other fence builders use air compressor guns (not me, I use a Paslode), their guns can only hold smooth shanked 8d nails, which have less holding power and rust sooner.

4. All Gates (unless otherwise requested) are built with solid steel frames. The frames and hardware kits cost more than $100 each for a 4' gate, but it's worth it. Your gate will never sag!

​I'm happy to see that many other fence builders are beginning to use these frames, but there are still those out there that will skimp on costs to have a bigger profit.

5. Lastly and most importantly, all work is done by Jon Pike, the owner. Jon prides himself on building the strongest, longest lasting fences in the area. He doesn't cut corners and does what he promises. Jon is fully licensed and insured with $1,000,000 of liability insurance. He has had a background check done by his sponsor website "Thumbtack". His one helper has also had a background check done.

​​ Beware! The person who bids your job may not be the person who builds your fence. Just because the owner may have a license....doesn't mean that the "crew" who may show up does. Do you want a bunch of guys who may OR may not have had a criminal background check done on your property. statistics show that a majority of burglaries  are committed by contractor's "helpers" that are part time or seasonal help... "What's or Who's in your back yard? 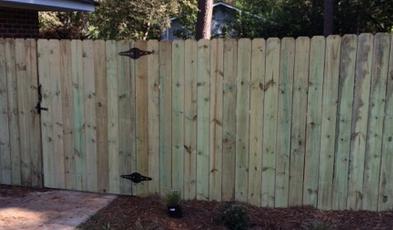 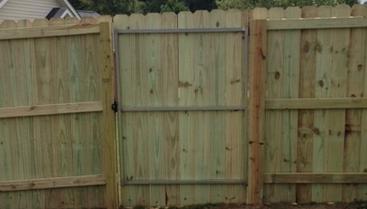 The below pictured fence spanned more than 700 linear feet and cost the owner thousands less than a similar 4' high chain link fence. 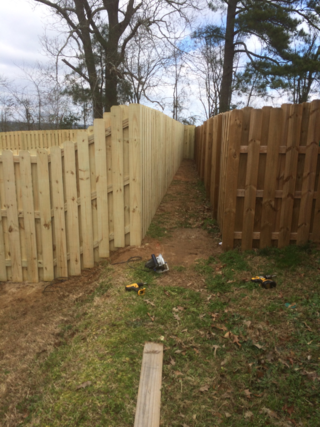 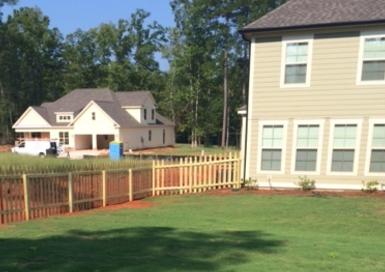 The below pictured fence built in John's Way off Evans to Locks road matched the existing neighbors fence for approval by their HOA.

Picket Fence can be built at 4', 5', and 6'. It 's a nice decorative addition to any yard. The picket fence pictured was required by the HOA of Bertram Trail for any home backing up to the golf course. 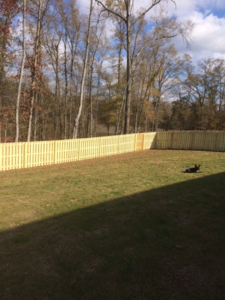 SHADOW BOX FENCE IS A TWO SIDED FENCE WHERE THE BOARDS ON EACH SIDE ARE OFF SET WITH A 3-3.5" SPACE.

Shadow Box Fence is sometimes called "the good neighbor" fence because both sides look similar. Many HOAs only permit this type of fence (so check your by-laws). Shadow Box is a little more expensive simply because it takes approximately 35% more pickets than a Privacy Fence. 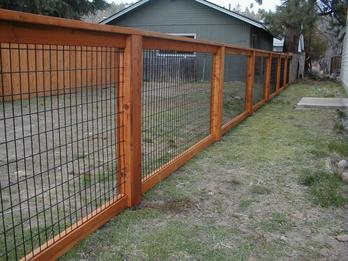 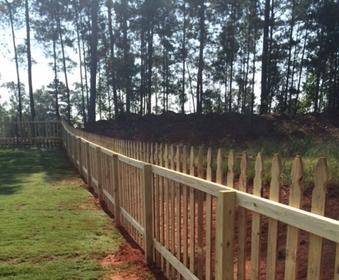 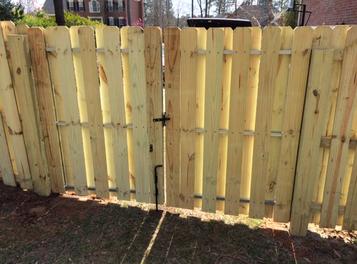 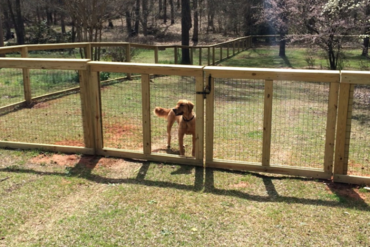 ​This inexpensive alternative to chain link fence, blends nicely to wooded back yards. It provides a good view while providing good pet protection and security. I call it invisible because it is less noticeable and the wire appears to be invisible. 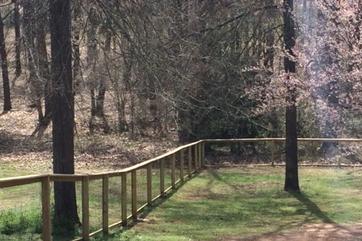 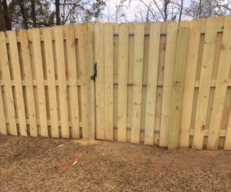 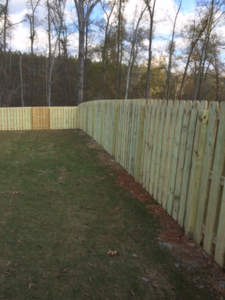 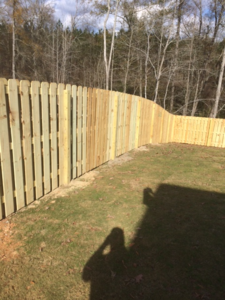 ​Semper Fi fences can be built to custom specifications. Whether you want a combination of privacy / shadow box....or something unique. 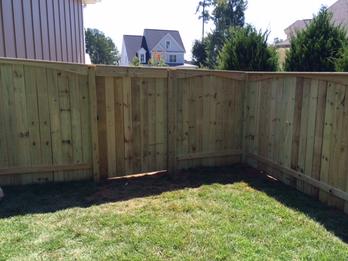 ​PRIVACY FENCE IS A ONE SIDED FENCE WHERE THE PICKETS ARE INSTALLED ABUTTING EACH OTHER.

Most homeowners prefer the picket side to the inside, except for the side which faces the street. However, for special purposes, such as enclosing a pool or for extra security, the pickets can be installed around the outside of the entire perimeter. This yields a fence that is very difficult to climb over.

SPECIALIZING IN ALL TYPES OF WOOD FENCE. 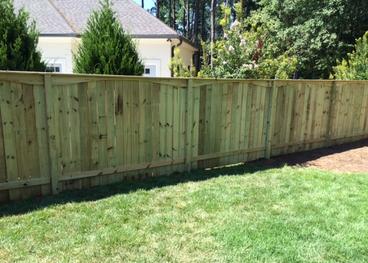 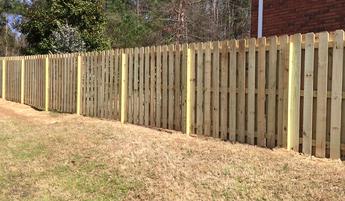 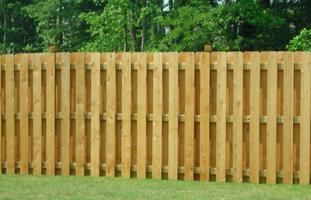 What's the difference with the "other guy"?1. Fence not even on property line!

2. Frame built with nails that are sticking through and presenting a hazard to pets and children.

3. Frame is not even, leaving a lg. section of pickets on top with no support.

​5. Posts cut off uneven with a chain saw and not straight...at all!!!